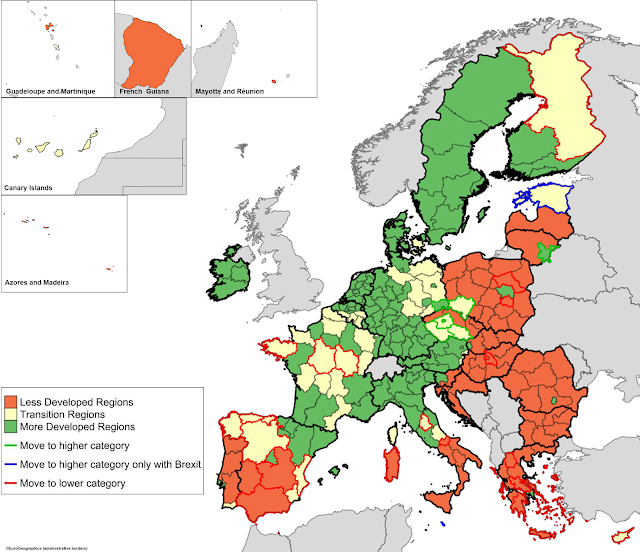 Turkey's ruling party, AKP, has been sending its politicians to meet with Turkish voters in a number of European countries with large Turkish diaspora populations. These countries are not exactly thrilled about a foreign government engaging in political campaigning on their soil. Germany, Austria and the Netherlands, in particular, voiced their displeasure.

Turkey is holding a referendum on a new constitution, which would turn its political system into a presidential one and substantially increase the powers of president Erdogan. Given that Erdogan has been displaying rather Putinesque authoritarian leaning lately, this is worrying.

Turkish voters living abroad can participate in the referendum, and Erdogan and AKP are keen to make sure that they support the constitutional change. There are more than 4 million Turkish citizens in Europe, so the diaspora voters can potentially make a difference.

The Netherlands, in turn, is holding an election in which immigration is the big topic. Turkey sending its foreign minister there less then a week before the election was not particularly considerate. For the Netherlands, not allowing his plane to land was stupid. It gives Erdogan an opportunity to call them Nazis and to score additional points with his voters. It likewise gives Wilders, the PVV leader, an opportunity to say 'I told you so'.

There are, however, deeper issues behind all this. These days, people increasingly live, often for extended periods, in a country other than the one in which they were born and whose passport they carry. It would be a shame if the Turkish constitutional referendum created a precedent that would result in disenfranchisement of diaspora voters. Poland, for example, has seen a few million of its citizens leave during the last 10 years or so. Greece, Italy, Spain and Portugal also have large diaspora populations. Should electoral meetings for their benefit also be banned?

Moreover, migrants living in Western Europe are exposed to generally liberal and tolerant norms and values. Some of those values can be transmitted to their friends and family back home, and/or reflected in their voting behavior. In my research with Orla Doyle on voting behavior of Czech and Polish migrants, we show that those in countries with greater tradition of democracy and economic freedom are more likely to vote for parties supporting democracy and market economy (see link). Antonio Spilimbergo finds a similar democracy-supporting effect of sending students abroad (link). Mahmoud, Rapoport, Steinmayr and Trebesch (link) and Ruxanda Berlischi (link) consider Moldovan migration to the West and argue that it helps spread democracy and increases support for a pro-EU (rather than pro-Russia) orientation, respectively. Finally, Nikolova, Roman and Zimmermann (link) show that emigration from Bulgaria and Romania helps spread pro-social attitudes to their friends and families left behind.

Authoritarian countries are usually very reluctant to allow their citizens to travel abroad or even to have access to information about how things are elsewhere. The Soviet Union and other communist countries made it very difficult for their citizens to travel to the West. Communism in East Germany famously ended after East Germans were finally allowed to visit West Germany. The threat to authoritarian regimes is not only that people will want to leave, but also that they will see, with their own eyes, that things can be done differently. North Korea therefore not only prevents its own citizens from traveling abroad but also closely guards foreign visitors and stops them from interacting with the locals. It also punishes its citizens for watching South Korean TV.

Diaspora voters can serve as an important conduit of liberal norms and attitudes. Why stop them from serving in this role?
Posted by Jan Fidrmuc at 14:29 No comments: